Long, long ago (around 1994), there was a browser called Netscape Navigator, which is the grandfather to Firefox. Navigator was the first “big” browser. Then came Microsoft’s Internet Explorer which ignited the browser wars. There were other contenders, but these were the big two. Neither browser really won, but Microsoft has the biggest market share by virtue of putting it in every Windows system from Windows 98 onward. The first browser war was over.

Some time around 2002, Mozilla Firefox was released and it was a joy to behold. Lean, fast, and able to be extended via plugins, it quickly became the darling of web developers everywhere. Sadly, it became bloated over the years, slowed down, and fell out of favor as Google’s Chrome browser gained market share.

All this competition was good, as it fostered the development of web standards and other improvements. But it was sad to see Firefox decline. The good news is that Firefox is back, baby. And it’s better than ever. Quantum, released in November 2017 feel like a complete rewrite. It’s leaner, uses less memory, and brings back some of the excitement of the original, including awesome developer tools.

Desktop Firefox is almost there…

Firefox isn’t quite my primary browser on the desktop for a few reasons. The first reason is the difficulty of getting multiple profiles set up and used simultaneously, something Chrome does very easily.

Firefox is my primary browser on my mobile devices, however. I’m an Android user for both phone and tablet, and as great as Chrome is on the desktop, it stinks in Android. It’s basically crippled, with no plugin support. The Quantum version on mobile, on the other hand, works very much like its desktop counterpart and is a joy to use. I recommend it unreservedly.

Don’t settle for the default OS browser on Windows or MacOS. Get something better. Firefox is an excellent choice. 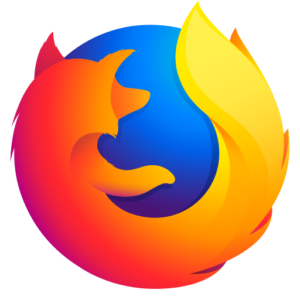