Put simply, PHP is THE language of the Internet. It powers more than 80% of all web sties and without PHP, the Internet would be quite different today.

I have been programming it since 1997, when it was called “PHP/FI” and I haven’t looked back. As PHP has matured from something pretty hacky, to a well-developed language my skills have made similar improvements. Not all of the code I write is perfect and gorgeous, but that’s the goal.

The good and the bad of PHP

PHP gets a lot of criticism for allowing some really awful code to be written and being so “loose”. PHP doesn’t care how you do things, like some (but not all) other languages. So you’re free to hack away and “just make it work”. This is the genesis of awful code. This lack of an opinion is also its primary advantage, making PHP very easy to get into and write (even if the resulting code isn’t the best). That doesn’t meant that all PHP is bad. There are plenty of beautifully-written projects available.

Many end users might not know how to write it, or even know about PHP, but they’ve heard of the projects that use it and likely use them every single day. 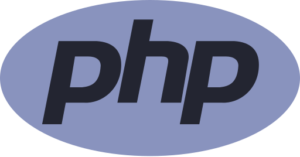